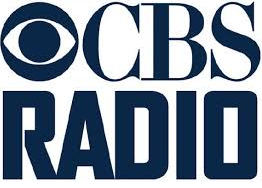 A group of record labels has reportedly agreed to drop their royalty case against CBS Radio over its use of pre-February 15, 1972 sound recordings. The judgement, filed Friday (March 23) in U.S. District Court in New York, calls for each side to pay their own legal fees, according to InsideRadio.

ABS owns recordings by Al Green, the Chi-Lites, the Everly Brothers and other older works. It and the other labels party to the suit contended that a remastering of those records doesn’t fundamentally change the original recordings and, therefore, doesn’t qualify as a new recording. But in its defense CBS argued that if the tracks were remastered after 1972, then federal copyright law applies, since they’re essentially new records.

In a decision in the California case handed down in late-May 2016, U.S. District Court judge Percy Anderson accepted CBS Radio’s position, agreeing that the remastered versions of the recordings aren’t protected by California state law and thus CBS doesn’t have to pay to use them. Looking to extend its precedent-setting win in California to the East Coast, CBS last June alerted the federal court in New York that another judge’s ruling was worth a close look.
Posted 7:42:00 AM