Bill To Force Radio To Pay For Performances Reintroduced 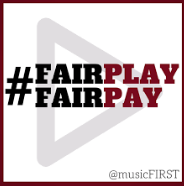 The Fair Play Fair Pay Act, legislation that would require broadcasters to pay artists and record labels when their songs are played over the air on the radio, was reintroduced on Thursday.

The Tennessean reports the bill is offered up on the eve of a possible broader copyright reform proposal from the House. Music industry stakeholders are hopeful that reform includes a performance royalty for terrestrial radio, because the United States is regarded as the only advanced country in the world that does not pay royalties to artists and labels to broadcast their songs.

Broadcasters are opposed to the bill and have successfully staved off past efforts to create a radio performance royalty. U.S. copyright law pays songwriters and their publishers when songs are played over the radio, but unlike streaming or other forms of consumption, artists are left out.

The Fair Play Fair Pay Act has support from both sides of the aisle.

Broadcasters argue that labels and artists are getting free promotional value when their songs are played on the radio.

One historical criticism of proposal is that new performance royalty payouts would especially hurt smaller radio stations. In response, the newly introduced bill would cap total royalty payouts for stations with less than $1 million annual revenue at $500.
Posted 4:14:00 AM