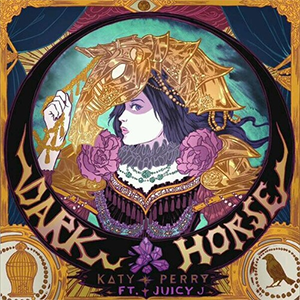 A judge has tossed a $2.8M copyright infringement case against Katy Perry.

After reviewing evidence presented at the initial trial in July, Snyder found that Gray failed the “extrinsic test,” which, according to The Hollywood Reporter, “requires that a copyright plaintiff identify concrete elements based on objective criteria that the works are similar.”

Without delving into the specific findings of Snyder and musicologist Todd Decker, it appears that the main “riff” to “Dark Horse” was Gray’s point of contention, and it was deemed insufficiently unique enough, reports The NYPost.

Perry, who announced she was pregnant in early March, could use some good news: Her grandmother died earlier in March, and she was forced to postpone her proposed Japanese nuptials with fiancé Orlando Bloom due to the coronavirus.
Posted 1:16:00 AM