Consumers Nearly Twice as Likely to Spend More on Streaming 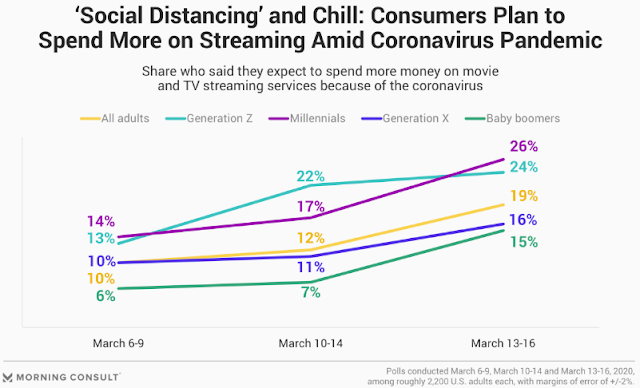 As movie screens, amusement parks and concert halls go dark in an effort to curb the spread of the coronavirus, leaving consumers stuck at home, new polling finds that adults are nearly twice as likely to say they expect to spend more money on streaming services than they were just a week ago.

A Morning Consult survey conducted March 6-9 found that 1 in 10 adults said they anticipated spending more money on movie and TV streaming services because of the coronavirus pandemic. Six percent said they were likely to spend more on music streaming services for the same reason.

Both of those numbers nearly doubled by March 13-16, when a survey found that 19 percent of respondents now predict they’ll spend more money on movie and TV streaming, while 11 percent of those surveyed said they would likely spend more on music streaming.

The surveys, conducted among roughly 2,200 U.S. adults each, both have margins of error of 2 percentage points. 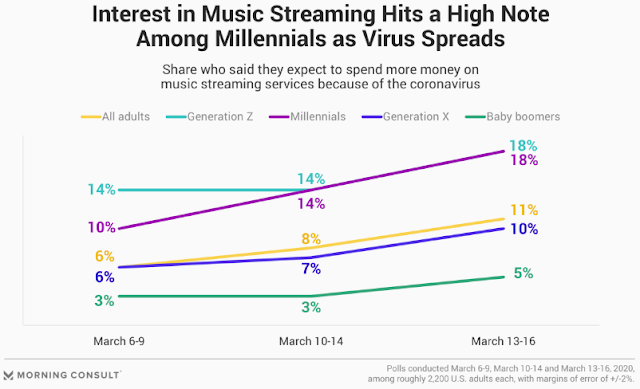 Millennials were also the most likely overall to say they expect to increase their spending on video streaming.
Posted 2:03:00 AM