The Checks Are In The Mail...Almost

The Trump administration backed a plan to send checks directly to Americans as part of a $1 trillion stimulus package to help households and businesses, a dramatic step designed to cushion the impact of the sudden economic slowdown triggered by the coronavirus pandemic.

The Wall Street Journal reports Treasury Secretary Steven Mnuchin pitched Senate Republicans on a stimulus package that would include an initial $250 billion for direct payments, according to administration officials and lawmakers, part of a wide-ranging fiscal and monetary effort. One of the officials said the administration would push for additional direct payments beyond the $250 billion in the coming weeks, if needed.

“It is a big number. We’ve put a proposal on the table that would inject a trillion dollars into the economy,” Mr. Mnuchin told reporters at the Capitol. 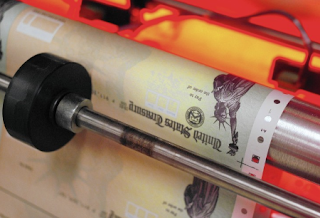 The stock market rallied Tuesday, with the Dow Jones Industrial Average rising 5.2%, rebounding from a 13% drop a day earlier. The steps outlined by the Trump administration followed similar efforts in Europe, where France and other countries pledged tens of billions of euros in immediate aid for businesses and employees.

The details of the administration’s $1 trillion proposal are still being finalized and the top-line figure could change, officials said. The administration anticipates spending as much as $500 billion on direct cash payments across two $250 billion tranches, the first of which officials hope to deliver quickly. The package also includes roughly $50 billion in assistance for the airline industry, which has been hit hard by the outbreak, and up to $500 billion to boost small businesses and for other needs.

Mr. Mnuchin told Republican senators on Tuesday that the administration hopes to send the first batch of checks to the public by the end of April. He added that the payments, which could initially amount to about two weeks of pay, would be means-tested to ensure they don’t advantage the wealthy, according to people familiar with his comments.
Posted 3:45:00 AM