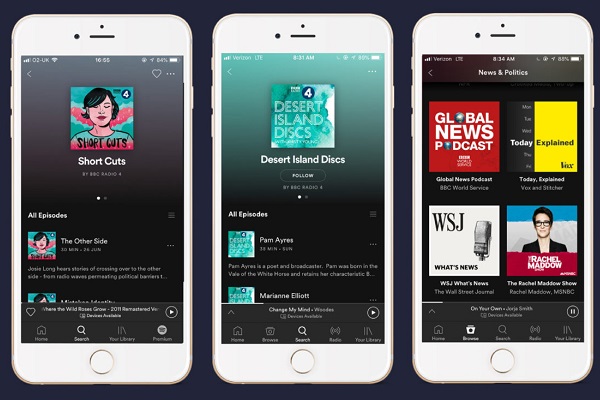 Spotify Technology SA is developing several daily sports shows, a big part of the music-streaming giant's push into original podcasts, according to Bloomberg citing people familiar with the plans.

One program will be a recap of the day in sports and run about 10 minutes, said the people, who asked not to be identified because the projects are still being developed. The Swedish company will probably start with single show and then ramp up. It's considering a number of options, including audio programs tailored to fans of specific teams.

Sports is one of the most popular genres in traditional radio and podcasting, making it a priority as Spotify builds out its slate of original and exclusive shows. The company hired Amy Hudson earlier this year to oversee sports and has talked with Barack and Michelle Obama's production company, Higher Ground, about making shows, the Information reported. 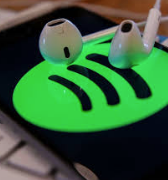 The company has already had success with original daily podcasts in true crime and horoscopes. The most popular podcast in the U.S. is The New York Times' The Daily, according to Podtrac Inc., which tracks the industry.

Spotify is eager to reduce its reliance on music, and has pinned much of its future on the growth of podcasting. Music rights holders collect the majority of Spotify's revenue under current contracts -- leading to losses for the company in every year of its existence.

Podcasts broaden what Spotify can offer to current and future customers, potentially dissuading them from dropping the service for radio or Apple Inc.'s podcast app. Apple accounts for the majority of podcast listening in the U.S., though Spotify's share has grown. Radio still commands more than 240 million listeners a month in the U.S.

Spotify envisions that listeners and advertisers will shift to on-demand audio from radio, much as viewers have moved to streaming services such as Netflix and Hulu from live TV.

Podcasting won't improve Spotify's profit margins right away, but the company is hoping to generate advertising sales that it won't have to share with record labels.

Spotify signaled its interest in podcasting in February when it acquired Gimlet Media, a boutique podcast studio, and Anchor, a podcast technology platform. The company has also hired former TV executives to develop new shows.
Posted 4:16:00 AM