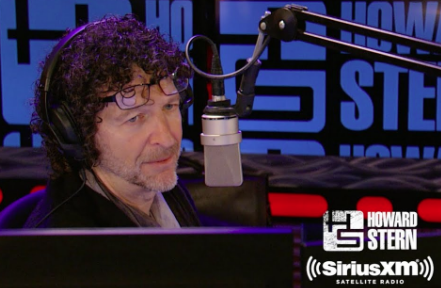 Howard Stern returned to the SiriusXM airwaves Monday and started the New Year by kicking dirt on the grave of the late Don Imus.

The NY Daily News reports Stern said he was first shocked by news of Imus’ death, as was his sidekick Robyn Quivers. Then the pair said on their SiriusXM morning show that they will ultimately remember Imus as a racist, anti-Semite of limited talent.

“There was no charm there with Imus,” Stern said after announcing we were “entering an Imus Free Decade” in 2020.

According to Stern, he feels sympathy for Imus’ family, but his grief ends there.

“I went back and listened to and read some of the s--t he said about us and about other people, it was like, I don’t f----ing care,” Stern said.

Stern recalled that one of his biggest problems with Imus is that the cowboy hat-wearing host frequently took credit for being a trailblazer when, according to Stern, 65, his 79-year-old colleague changed his own act when both men were at WNBC 660 AM and Stern’s star began to rise.

According to Stern, Imus’ made a career out of claiming to be his chief competitor, though the feeling was never mutual.

“It was total bulls--t, it was fake news, like Trump saying some bulls--t about how he had a bigger crowd than Obama," Stern said. "Imus said it enough times that people started believing it. There was absolutely zero evidence to support this. He wasn’t number two to my number one. I was, in fact, number one. He was, like, number 23 in the market, but he somehow thought the rest of the radio dial didn’t exist.”

Quivers said her disgust for Imus started when he called her the N-word in the hallway at NBC. Imus called into the show to claim he’d in fact called her a “negro,” which he followed up by asking if she preferred being called by a different racial epithet.

A short time after insulting Quivers, Imus referred to Stern as a “Jew bastard” during a 1984 interview in which he suggested his rival should be “put in an oven.”

Stern and Quivers had recordings on hand to support their claims against Imus.
Posted 9:22:00 AM