A Florida man was busted for burglarizing an elderly man’s room at an assisted living facility – all because an Amazon Alexa notified his loved ones of the intruder, local police said. 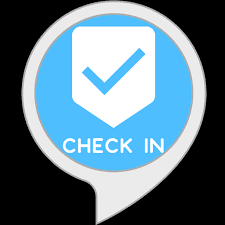 Russell Bannister was caught stealing credit cards and cash from inside the victim’s room at an assisted living facility in Ormond Beach, Florida, on Dec. 22, 2019, after his "presence was detected by an Amazon Alexa device which alerted a family member," according to an Ormond Beach Police Department press release.

Bannister, 47, was then linked to two other cases involving elderly residents who lived at similar facilities throughout the area, authorities and FOX 35-Orlando said. All three victims were 90 years old or older.

The elderly man’s daughter, who lives in Alaska, used the device's "check-in" feature and saw the stranger rummaging through the victim’s wallet, FOX 35 reported. She called her sister who lives in the area.


“The family member responded to the facility and confronted Bannister, who was still in the victim’s room,” the police release states. “Bannister initially fled on foot but was quickly contacted by the police and arrested.”

Bannister has been linked to at least five previous theft or fraud crimes, FOX 35 previously reported, including one in which he was arrested for posing as a handyman to steal more than $20,000 from often elderly victims.
Posted 3:05:00 AM