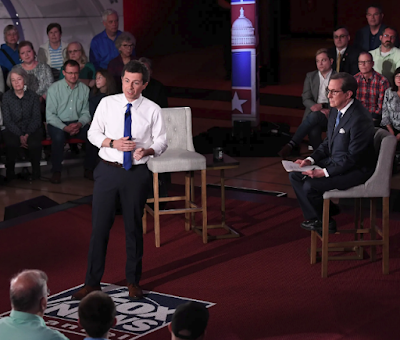 The event, co-moderated by "Fox News Sunday" anchor Chris Wallace, also delivered 172,000 viewers in the key 25- to 54-year-old demographic that advertisers covet most.

The audience in total viewers was a 22 percent increase when compared with the 2019 average of regular programming in the 7 p.m. time slot in which the Buttigieg town hall aired.

The numbers of total viewers and younger demographic categories placed Fox News at the top of the cable news ratings race during the hour the event aired from 6:30 p.m. to 7:30 p.m.

Buttigieg, the mayor of South Bend, Ind., has risen in recent polls, though he is still well behind former Vice President Joe Biden, the current front-runner in the race for the Democratic nomination.

The 37-year-old is the third Democratic presidential candidate to appear on Fox News in a town hall format.
Posted 2:46:00 AM