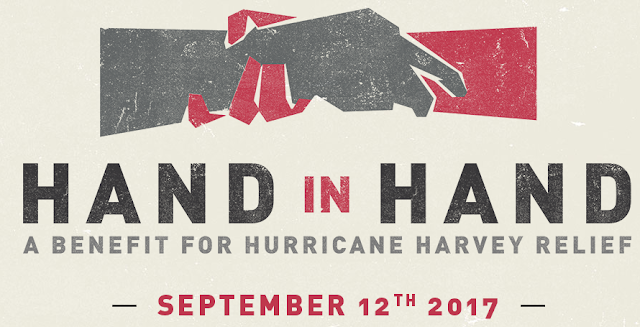 The Hurricane Harvey telethon that Jamie Foxx hinted at last week became reality Tuesday, with the announcement of Houston rapper Bun B and Scooter Braun's "Hand in Hand: A Benefit for Hurricane Harvey Relief."

According to The LATimes, the special will be based in Los Angeles at the Universal Studios lot, the fundraiser will host stages in New York's Times Square and Nashville's Grand Ole Opry, as well as feature a special performance from Texas native George Strait from his San Antonio benefit concert at Majestic Theatre.

The hour-long "Hand in Hand" will simulcast live on ABC, CBS, CMT, Fox and NBC on Sept. 12 at 8 p.m. Eastern and replay on the West Coast at 8 p.m. Pacific. International viewers will be able to livestream the special via Facebook and Twitter in conjunction with the East Coast broadcast.

The fundraising effort comes after Harvey, a Category 4 hurricane, left a wide swath of flooding and devastation in its wake, with damages that could exceed $100 billion.

Donations will be accepted by phone, text and online beginning with the start of the Tuesday show and concluding an hour after the show's end.

For more information on "Hand in Hand: A Benefit for Hurricane Harvey Relief," visit www.HandInHand2017.com.
Posted 3:16:00 AM