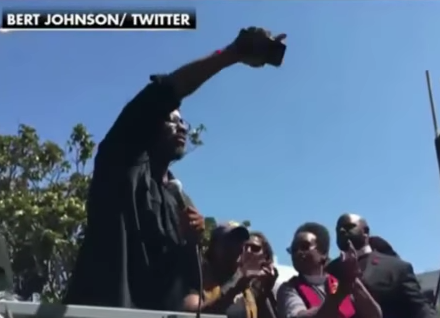 Bell spoke at a California Antifa rally and called attendees of the prayer rally they interrupted "Nazis."

Lord, who often appeared on the network from his Cumberland County, Pa. home to debate several liberal panelists, said he was treated differently.

Lord was fired after he says the network "took the wrong way" a tweet he sent responding to a left-wing group's use of fascist language.

Lord tweeted "Sieg Heil" - the Nazi salute - at Media Matters after he said they were using fascist terms to target conservative hosts.

"I condemned Media Matters for going after Sean Hannity," he said, adding that the response was meant as a tongue-in-cheek reference to the exact statements they had been putting out.


Lord, a former Reagan staffer who also pens columns for The American Spectator, was fired but CNN refused to comment on Bell's public appearance.
Posted 3:08:00 AM