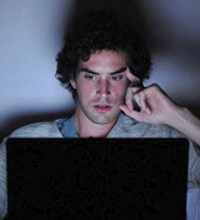 So far this season, younger viewers, the most important audience for advertisers, have ditched their TV sets at more then double the rate of previous years, new Nielsen figures show.

The NY Post reports traditional TV usage — which has been falling among viewers ages 18 to 34 at around 4 percent a year since 2012 — tumbled 10.6 percent between September and January.

In the era of smartphones and Netflix, it’s no surprise that traditional TV is losing relevance for younger viewers. But the sudden acceleration is alarming to even the most seasoned analysts.

“The change in behavior is stunning. The use of streaming and smartphones just year-on-year is double-digit increases,” Alan Wurtzel, NBCUniversal’s audience research chief, told The Post. “I’ve never seen that kind of change in behavior.”

Brad Adgate, Horizon Media’s chief researcher and often one of the first to spot trouble, was equally surprised at the sudden drop.

“Usage is really down in the 18- to 34-year-old demographic this season,” he said.

This season’s steep slide means there are almost 20 percent fewer young adults watching their TV sets in primetime than four years ago.

Adding insult to injury, the median age of the TV audience hit 50 this year. That’s older than the 18- to 49-year-old audience that networks executives have banked on for decades.