Westwood One has announced that its new customized news product--Westwood One News, a next-generation, full-service news network powered by CNN—has signed on four CBS Radio stations in Top 10 markets — 1010 WINS in New York, WBZ 1030 AM in Boston, KYW 1060 AM in Philadelphia, and WNEW 98.1 FM in Washington, D.C.

“Westwood One is proud to have major market CBS Radio stations join our Westwood One News Network from the outset,” said Dennis Green, Westwood One’s SVP, Affiliate Sales.  “These stations are among the most innovative and trusted brands in radio news.  To have major news brands become early adopters of this service speaks volumes to broadcasters looking for superb content by which to build their local news brands.” 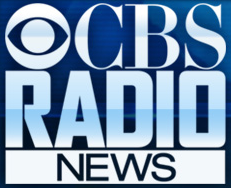 Scott Herman, Executive Vice President of Operations & NY Market Manager for CBS Radio, said “We are very excited to be part of the launch of Westwood One News.  The ability to get in on the ground floor and help establish what our all news stations needs are was very enticing for us.  Our stations have a huge appetite for news material and Westwood One News gives us the flexibility to get what we need when we want it.”

Westwood One News, which will launch at the end of the year, was created to offer stations greater flexibility and local branding opportunities. Stations have the option to select one to five minute newscasts based on needs and preferences, allowing them to integrate network news into their local operation.  Westwood One News will include special reports, correspondent two-ways, newsmaker sound bites, live feeds of breaking news events, and other elements that affiliated stations have come to expect from Westwood One as a respected network news provider.

Westwood One owns, manages, and operates Westwood One News.  Four top reporters were recently announced--Steve Kastenbaum, Bob Constantini, Jim Roope, and Alan Scaia--and news anchors will be announced soon.  As momentum and buzz continue to build, other major station groups are lining up to align with this innovative news product.
Posted 3:23:00 AM