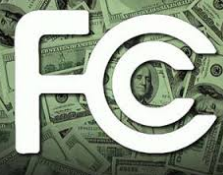 Earlier this year, Congress extended the Internet Tax Freedom Act to prevent new state and local taxes on Internet broadband access. But now, according to The Detroit News, a push by the progressives to implement so called “Net Neutrality” may undermine that effort by imposing a huge new fee on interstate broadband that would drastically hinder broadband providers’ ability to provide affordable, quality Internet access to consumers.

Congress has been remarkably consistent over the past two decades in its position against levying taxes on the Internet, but by all indications, the FCC isn’t keen to abide by the spirit of the laws on the books. In a recent article for Forbes, former FCC Commissioner Harold Furchtgott-Roth explains how the agency could push Net Neutrality by way of a very loose interpretation of Title II of the Communications Act of 1934.

At the beginning of this year, a U.S. appeals court threw out the FCC’s rules that would have required broadband providers to treat all Internet traffic equally. However, the FCC has since held “open Internet” or “network neutrality” proceedings to decide what sort of authority it can wield over broadband providers going forward.

One set of proposals currently under consideration would effectively classify Internet access services as “interstate telecommunications services” under Title II, which would allow the FCC to treat broadband access more like a public utility--effectively handing them exclusive regulatory control over broadband access.

However, by classifying broadband access services as ‘interstate telecommunications services’ broadband providers would then be required to pay FCC fees. With the fee structure currently at 16.1 percent, it’s likely to be the highest, one-time tax increase on the Internet.

The move would result in billions of dollars in new funding for the FCC, all without congressional authorization.