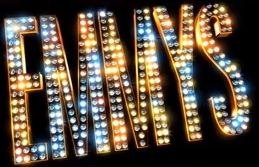 Sunday’s telecast of the Primetime Emmy Awards on CBS delivered the kudocast’s largest audience in eight years and its best demos in seven years —  thanks in part to a healthy lead-in from football.

Variety cites preliminary national estimates from Nielsen that accurately reflect time zone differences, the 65th Primetime Emmy Awards averaged a 4.9 rating in adults 18-49 and 17.6 million viewers overall — gains vs. last year’s telecast on ABC of 26% in the demo and 33% in total viewers.

Viewership appears to have peaked in the 8 o’clock half-hour and drifted off from there; in the East, the show aired after the conclusion of NFL football on CBS, which didn’t wrap until about 7:59 p.m. ET.

The Emmy Awards posted its best delivery in total viewers since Sept. 18, 2005 (on CBS and when it did not air against football on NBC) and its best in key demos since the 2006 telecast on NBC (which aired in late August).