UPDATE 9/23 4:30PM: Original posting indicated other third parties would be able to license Arbitron's PPM and related software and data.  The story has now been corrected to indicate one FTC-approved third party would get a license.  We regret the error.)

Nielsen Holdings N.V. late Friday announced that it has reached an agreement with the Federal Trade Commission (FTC) to gain clearance for its proposed acquisition of Arbitron which is now, subject to customary closing conditions, expected to close on September 30, 2013.

The FTC has issued a Decision and Order dated September 20, 2013 that embodies the agreement.

As previously disclosed, Nielsen entered into an agreement on December 17, 2012 to acquire all of the outstanding common stock of Arbitron for $48 per share or a total of $1.3 billion purchase price, funded by cash on hand and minor debt financing.

Adding Arbitron to Nielsen will enable broader measurement of what consumers are watching and listening to around the world and deeper measurement of multicultural audiences in the The combined company will expand advertising effectiveness for radio clients and be better able to solve for unmeasured areas of media consumption, such as streaming audio and out-of-home. Nielsen expects $0.26 of accretion to adjusted net income per share in the first full year of operations, and $0.32 of accretion to adjusted net income per share after the second year, reflecting an incremental $0.06 in year two.

"We are pleased to have the regulatory process behind us and are excited to be closing the Arbitron acquisition," said David Calhoun, CEO, Nielsen. "We are looking forward to providing all of the benefits of the combined company to our new clients in the radio industry and their advertisers, driving incremental value for them as well as our shareholders."

According to AdAge.com, the agreement, follows a nine-month review process, allows a cross-platform media-measurement project involving ESPN, Arbitron and ComScore (a Nielsen digital-measurement rival) to continue. It also would allow one FTC-approved third party to license Arbitron's PPM and related software and data on similar terms over the next eight years, according to a person familiar with the matter, who also said Arbitron and ComScore would need to find an alternative to Arbitron's software and data after eight years.

Another third party could only come in to replace ComScore should it drop out of the cross-measurement program, the person added. ComScore, or that successor third party, could expand the program to other media companies besides ESPN.

People familiar with the matter had for months said the cross-platform issue -- in which marketers, agencies and media seek to measure the combined effects of efforts in TV, radio, digital and other media -- was the biggest sticking point in FTC approval. 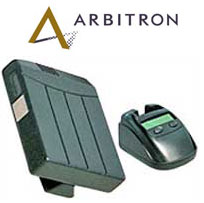 Nielsen's agreement with the FTC is intended to preserve the competitive landscape in place before its announced intent to acquire Arbitron.

Nielsen will host a conference call to discuss its agreement with the FTC on Monday, September 23 at 8:30 a.m. Eastern Time.
Posted 4:55:00 AM