Savage Wants Out Of TRN Contract 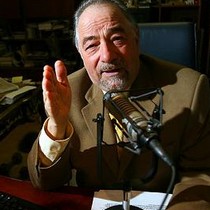 Savage's contract with Talk Radio expires at the end of December. He claims he's been offered a better syndication deal from Courtside radio.

Savage claims Talk Radio "is attempting to force Dr. Savage into accepting a substandard agreement containing what can only be described as an indentured servitude provision." Weiner is a Ph.D., not a medical doctor.

Talk Radio exercised its right to match the competing offer, but Savage says its offer "does not match the terms of the Courtside proposal." Savage claims the Talk Radio offer not only falls short "in terms of financial upside, but it includes anti-competitive provisions that are illegal, limits Savage's valuable negotiating rights, and imposes additions terms that are not contained in the Courtside proposal."

Savage claims his contract with Talk Radio "contains provisions that are illegal and unenforceable," and that Talk Radio is "attempting to use those provisions to force Savage to sign an agreement he is not interested in, and to force him into an arbitration that wholly ignores his due process rights."

He claims the deal from Courtside is "valued at several million dollars," and he could lose it if "forced to submit to an illegal arbitration."

He seeks a declaration that Talk Radio failed to match Courtside's proposal, that the matching proposal in his contract "has an indefinite term and is therefore unenforceable," and that the arbitration provision also is illegal and unenforceable.
Posted 4:04:00 PM