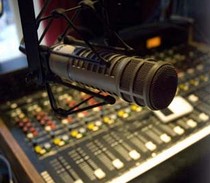 In the coming years there will be hundreds if not thousands of new low-power FM radio stations on the air if President Obama signs a bill passed by the Senate Saturday. The Local Community Radio Act overcame intense lobbying from the National Association of Broadcasters to win approval.

The Federal Communications Commission created low-power FM in 2000, but the NAB got Congress to restrict the service mostly to rural areas to prevent interference with full-power commercial broadcasters. A Federal study costing $2.2 Million in taxpayer dollars found that the NAB’s interference claims were false and that low-power FM should be allowed in more areas.

According to theuptake.org, Congress changed its mind after intense lobbying groups ranging from the Prometheus Radio Project, to the U.S. Conference of Catholic Bishops.

The Local Community Radio Act allows a low-power FM to be within three “clicks” of a full-power FM station, that’s one click closer than the current regulation. One click is the difference between a station being at 90.1 and 90.3 (FM channels go up in odd numbered increments). The change creates places on the FM dial in many urban areas that could be host to a new low-power FM station.

For example, in the Minneapolis, St. Paul area there are three spots on the dial that appear to have three clicks of spacing from the other FM stations. KQRS-FM is at 92.5 and KXRR-FM is at 93.7, theoretically leaving an opening at 93.1 for a low-power FM station. Other possible openings on the dial are at 97.7 and 103.5 FM. Under the current “four click” rule there are no possible low-power FM frequencies in the Twin Cities area.

The new stations will broadcast to an area about seven miles in diameter. Broad enough to serve a community, but not large enough to reach an entire metropolitan area.

Language in the bill indicates Congress wants the new licenses to go to groups underrepresented in broadcasting. Minorities make up almost a third of the US population, but only seven percent of all local radio and TV stations are owned by minorities.  Women make up about half of the population but  only six percent of station ownership.  Low-power FM stations can not be owned by current broadcasters or organizations with interests in other media such as newspapers. LPFM licenses are only available to noncommercial educational entities and public safety and transportation organizations, but are not available to individuals or for commercial operations.
Posted 12:14:00 AM