Katie, CBS To Talk Next Month 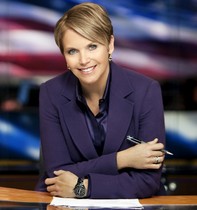 CBS is expected to begin con tract negotiations with "Evening News" anchor Katie Couric next month, according to Michael Starr at the nypost.com.

Couric's five-year, $75 million deal expires in May. A report yesterday that she had already begun renegotiating her contract was shot down by insiders.

"Her contract is up in May. It would make more sense for things to heat up by mid-January," said one industry source.

"There have been no offers extended by CBS."

Couric, who's failed to move the "Evening News" ratings needle since taking over in September 2006, is reportedly being wooed by CNN and by syndicators (to host a daytime talk show).


Tom's Take: the bump in the road is an expected pay cut for Katie.