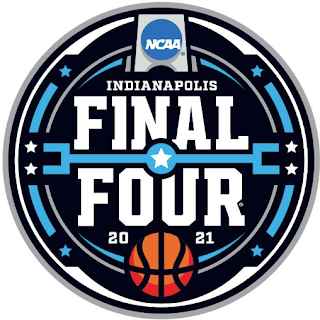 Westwood One, the largest radio network in the U.S., and the exclusive national audio partner of the NCAA, will present comprehensive coverage of the NCAA Final Four at Lucas Oil Stadium in Indianapolis, IN. Westwood One’s broadcast of the 2021 NCAA Final Four will begin on Saturday, April 3, 2021 with The Final Four Show at 3:30 p.m. ET. Coverage of the first national semifinal between the Houston Cougars and Baylor Bears will start at 4:30 p.m. ET, followed by coverage of the second national semifinal between the undefeated Gonzaga Bulldogs and the UCLA Bruins.

The NCAA Men’s Championship Game will tip off on Monday, April 5, at 7 p.m. ET with the pregame broadcast, Championship Monday, followed by game coverage at 8 p.m. ET.

The trio of Kevin Kugler, College Basketball Hall of Famer Jim Jackson, and P.J. Carlesimo will announce all the action for the Final Four and the National Championship in English. Class of 2020 Naismith Basketball Hall of Fame Award winner Jim Gray and three-time NCAA Player of the Year and Hall of Famer Bill Walton will contribute to the pregame, halftime, and postgame shows. Jason Horowitz and Doug Gottlieb will host The Final Four Show and Championship Monday broadcasts.

Westwood One will also broadcast live coverage of the NCAA Men’s Final Four in Spanish on Saturday, April 3, at 5 p.m. ET and the National Championship Game on Monday, April 5 at 9 p.m. ET.

Westwood One will also provide complete play-by-play coverage of all three games of the NCAA Women’s Final Four from San Antonio, TX. The Women’s Final Four games will be broadcast on Friday, April 2 beginning at 5:45 p.m. ET, as South Carolina takes on Stanford, followed by Arizona versus Connecticut. Coverage of the Women’s National Championship Game will be on Sunday, April 4 at 5:30 p.m. ET.

The Westwood One broadcast crew for the Women’s Final Four will include Ryan Radtke on play-by-play and Debbie Antonelli as lead color analyst, her 18th time in that role and 25th year overall. Krista Blunk will serve as pregame, halftime, and postgame host.

Westwood One has broadcast the Women’s Final Four every year since 1998.

Westwood One’s complete NCAA Men's Tournament coverage, in both English and Spanish, as well as NCAA Women’s Tournament coverage can be heard on radio stations nationwide and via SiriusXM. The Final Four and men’s Championship games will also be streamed online for free on westwoodonesports.com. Additionally, the broadcasts will be available for free via the TuneIn app. Fans can also access live audio via Alexa-enabled devices by asking to “Open Westwood One Sports.”
Posted 1:18:00 AM