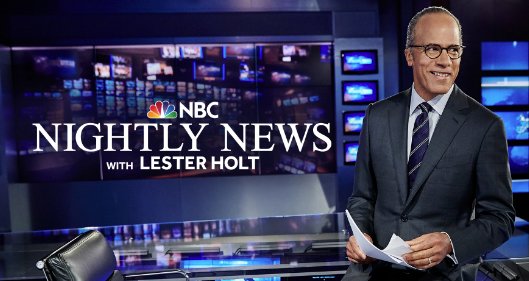 FOX News Channel host Tucker Carlson blasted NBC News anchor Lester Holt Thursday for encouraging journalists to not commit to "fairness" in the name of combating misinformation, calling it "demented" and the opposite of what journalism should be.

While accepting a media award Tuesday, Holt said the notion of giving two sides "equal weight" was outdated, in what critics called a clear dogwhistle to liberal media members.

"They're grotesque," Carlson said of Holt's comments on "Outnumbered."

"Fairness is never overrated ... If you don't strive to be fair, you are certain to commit moral atrocities, but again, not just true for network newsreaders. By the way, when did newsreaders become philosophers? I think Lester Holt seems like a perfectly nice guy, but you don't turn to Lester Holt for deepthink. The truth is, he's saying that we know what we know, and we shouldn't question it, when in fact the reality of life suggests that's completely wrong."

Holt received praise from liberal reporters like CNN's John Harwood and Brian Stelter for his comments. Left-leaning outlets in recent months have increasingly called for silencing opposing views in the name of combating misinformation, while ignoring biases and misinformation in their own ranks.

The "Tucker Carlson Tonight" host said Holt's viewpoint was arrogant, given there are plenty of things people may think they know but actually don't.

"We, for thousands of years, imagined that the sun revolved around the Earth," he said. "The point of journalism is to continuously press against what we think we know, demand evidence, and show it to the public. It's not to affirm what the ruling class declares, which is basically what he's saying. It's demented, actually."

Essentially, Carlson argued, Holt and other elite reporters' worldview was to "make the other side shut up" and run interference for the world's most powerful people.