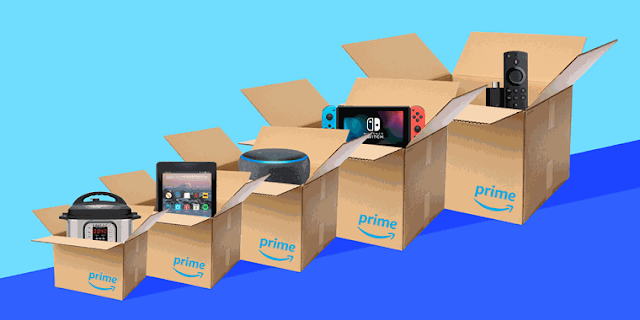 The Wall Street Journal reports Amazon’s profits in the year since the pandemic started exceeded $26 billion, more than the previous three years combined. Net income from January to March more than tripled to $8.1 billion, and revenue of $108 billion far exceeded the average of analyst predictions on FactSet.

Amazon said it expects sales from April to June to reach between $110 billion and $116 billion, which would mark three consecutive quarters with more than $100 billion in revenue.

Amazon’s first quarter is typically slower than its preceding end-of-year results, which are aided by holiday shopping sales. Yet the company has exceeded expectations in recent quarters. It shattered sales records last year as homebound Americans turned to its delivery services. The company’s stock price rose 76% in 2020.

The company said Wednesday that it is raising wages for its hourly workers, with more than 500,000 employees set to receive pay increases of between 50 cents and $3 an hour. Amazon said that the raises represent an investment of more than $1 billion and that its starting wage of $15 an hour would remain in place.

Amazon’s dominance in online retail also parallels the strength of Amazon Web Services, the business line that rents server capacity and software tools to other corporations. AWS is Amazon’s main profit center, though its recent growth has slowed as the cloud units of Microsoft and Google have moved aggressively to sign up new customers. Sales for the cloud unit totalled $13.5 billion in the first quarter, a 32% increase from the same period a year ago.

Amazon’s advertising business has also become a major player in its industry. The fast-developing unit has put the e-commerce giant in competition with Google’s and Facebook’s leading ad businesses. Amazon’s category that includes ad sales rose 77% in the first quarter from a year ago to $6.9 billion.

The coronavirus pandemic has helped Amazon, Facebook and Google grow even stronger, with the tech titans for the first time collecting the majority of all ad spending in the U.S. last year, The Wall Street Journal reported in March. Amazon also recently said it would begin streaming the National Football League’s Thursday-night games by 2023, a deal that will expand Amazon’s ad dollars and compete more directly with traditional television broadcasters.