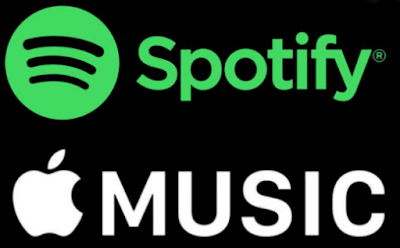 Apple has “abused its dominant position” in the distribution of music streaming apps through its App Store, the European Commission said Friday, CNBC reports.

“Our preliminary finding is that Apple exercises considerable market power in the distribution of music streaming apps to owners of Apple devices. On that market, Apple has a monopoly,” Margrethe Vestager, the head of competition policy in the EU, said in a press conference.

The European Commission, the EU’s executive arm, opened an antitrust investigation into the App Store last year, after the music streaming platform Spotify complained in 2019 about Apple’s license agreements. The agreements mean that app developers have to pay a 30% commission on all subscription fees that come through the App Store.

On Friday, the EU said it took issue with the “mandatory use of Apple’s own in-app purchase mechanism imposed on music streaming app developers to distribute their apps via Apple’s App Store.”

App developers are also unable to inform users of alternative ways to purchase the same apps elsewhere — another issue the commission said it was concerned with.

“The European Commission has informed Apple of its preliminary view that it distorted competition in the music streaming market as it abused its dominant position for the distribution of music streaming apps through its App Store,” it summarized in a “statement of objections” sent to Apple.

In response, Apple said the EU’s case was the “opposite of fair competition.”

“Spotify has become the largest music subscription service in the world, and we’re proud of the role we played in that,” Apple said a statement. “Once again, they want all the benefits of the App Store but don’t think they should have to pay anything for that.”

Spotify welcomed the news Friday. “The European Commission’s Statement of Objections is a critical step toward holding Apple accountable for its anticompetitive behavior, ensuring meaningful choice for all consumers and a level playing field for app developers,” Spotify’s chief legal officer Horacio Gutierrez said in a statement.