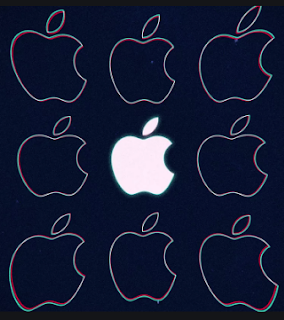 Apple Inc. reported a slight uptick in revenue for its latest quarter even as the coronavirus shut down factories and dented sales in China, as the tech giant’s growing services business offset declining iPhone sales.

The Wall Street Journal reports revenue rose 1% in its fiscal second quarter to $58.3 billion, with iPhone sales momentum stalling after Apple closed stores, first in China and then world-wide. Profit fell about 3% to $11.25 billion, or $2.55 a share. Apple’s stock fell slightly in after-hours trading Thursday.

The results exceeded analysts’ revised expectations for nearly $55 billion in revenue but fell short of the company’s pre-pandemic projections for more than $63 billion for the three months ended March 28.

In the face of historic economic uncertainty, Apple declined to project sales for its current quarter for the first time since it began providing concrete revenue guidance in late 2003. The omission means Apple can avoid having to revise its sales projections in the coming months—something it did twice in the past two years because of unexpected economic downturns in China.

Sales for Apple’s services segment, which includes iCloud storage as well as its streaming services for music and television shows, were $13.4 billion, compared with analyst estimates of $12.9 billion, according to Reuters citing FactSet data. Cook said Apple had 515 million subscribers to apps and services on Apple’s platform, up by 125 million from one year earlier. Cook said during a conference call with analysts that Apple News reached 125 million monthly active users, up from 100 million in January.
Posted 1:38:00 AM