Each cable news host recorded their most-watched months ever in April, with coronavirus pandemic stay-at-home orders assuring a captive audience of people wanting to stay on top of the news.

Citing Nielsen data, The Associated Press reports each of the networks noted ratings superlatives: Fox News’ already dominant prime-time lineup had its best viewership ever in April, MSNBC’s full-day schedule also had the largest audience in network history and CNN’s all-day audience was its highest since September 2005, when Hurricane Katrina struck, the Nielsen company said.

There were several individual markers:

It’s worth noting, however, that none of the cable stars exceeded the viewership that David Muir, Lester Holt and Norah O’Donnell get every night on the broadcast evening newscasts. 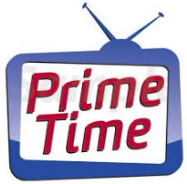 ABC’s “World News Tonight” topped the evening newscasts with an average of 10.2 million viewers. NBC’s “Nightly News” had 9.6 million and the “CBS Evening News” had 6.7 million.

FNC claimed 12 of the top 15 cable news programs in Total Viewers, and the top six programs in the A25-54 demo. Additionally, most of the network’s early evening and prime-time programs delivered their largest monthly audiences ever in both Total Viewers and the key demo.

For the first half of the month of April, Food Network is up 22% year-over-year to average 223,000 total day 18-49 viewers, looking at Nielsen’s average minute commercial rating plus three days of time-shifted viewing (C3), according to analysis from MoffettNathanson Research.

Those networks generally witnessed mostly declines in March -- with a 3% increase for TLC, an 8% decline for Lifetime, a 1% gain for Comedy Central, a 22% drop for TBS and a 3% pullback for Food Network.