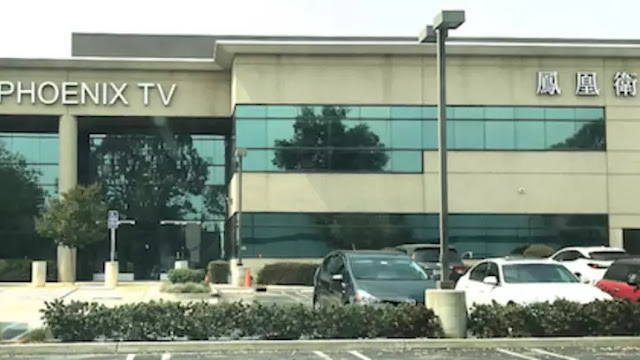 Sen. Ted Cruz, R-Texas, announced Friday that he intends to introduce legislation that would prevent outlets -- like China's Phoenix TV -- from using Canadian or Mexican stations to spread foreign propaganda across U.S. airwaves.

Fox News reports the move comes as the U.S. has criticized the Chinese government for its role in spreading disinformation about the coronavirus, which is thought to have originated in a lab in Wuhan. Cruz's office specifically mentioned Phoenix TV, which is reportedly using a Mexican broadcast tower to transmit Chinese propaganda into the U.S.

According to a press release, this particular legislation would amend communications law in a way that would preclude the Federal Communications Commission (FCC) from granting licenses to "broadcast applicants who intend to change the language of the station they are purchasing, unless the FCC can certify that the programming of the station will never be influenced by a foreign government or governing party."

"China should not be able to set up shop in Mexico and blanket America with propaganda," Cruz said in the press release.

Phoenix TV previously caught attention when Trump questioned one of its reporters at a press briefing earlier in April on the coronavirus.

"Sounds like a statement more than a question," Trump said at the time. The reporter went on to cite a Chinese ambassador's op-ed calling for cooperation with the United States. "Are you personally working directly with China?" she asked.

After Trump cited his trade agreement with China, the reporter again asked whether he was cooperating with China. "Who are you working for? China?" Trump responded.

Phoenix TV is partially owned by a company backed by China's government, and U.S. intelligence has reportedly identified the station as a propaganda outlet.

Since July 2018, XEWW 690 AM  near Tujuana has been airing proogramming in Cantonese and Mandarin.  A filing on the sale of radio station XEWW radio near Tijuana revealed the buyer has ties to Phoenix Satellite Television US, a subsidiary of Hong Kong's pro-Beijing Phoenix TV.

Phoenix TV has been identified by U.S. intelligence agencies as a major overseas outlet used to spread propaganda and promote the policies of the communist government in Beijing. The Hong Kong television station also has close ties to China's intelligence service and military.

The deal for XEWW, a 77,500-watt station capable of reaching all of southern California, was brokered in early 2018 by a New York financial company, H & H Capital Partners.
Posted 3:55:00 AM