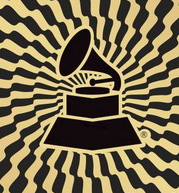 Alt-rocker Beck was the unlikely winner at the Grammy Awards on Sunday, as his 12th studio album “Morning Phase” was awarded album of the year—despite selling far fewer copies than its competitors in the category.

The Wall Street Journal reports the win underscored the diminishing importance of record sales, which continue to shrink across the board as music streaming services such as Spotify AB amass listeners.

Streaming also has driven more artists to focus on turning out strings of hit singles rather than creating full-length, cohesive albums. But pop star Prince, who announced the best album award in a shimmering, loose, orange suit, declared that “like books and black lives, albums still matter.”

British 22-year-old Sam Smith was another big winner, taking home the bulk of the six awards he was nominated for, including best new artist, best pop vocal album, record of the year and song of the year.

Miranda Lambert took home Best Country Album for Platinum, Eminem won Best Rap Album for The Marshall Mathers LP2 and Beck won the big award of the night with Album of the Year for Morning Phase.

Record of the Year
“Stay With Me” (Darkchild Version), Sam Smith

Dance Recording
“Rather Be,” Clean Bandit and Jess Glynne

Country Solo Performance
“Something in the Water,” Carrie Underwood

Country Duo/Group Performance
“Gentle on My Mind,” the Band Perry

Latin Jazz Album
“The Offense of the Drum,” Arturo O’Farrill and the Afro Latin Jazz Orchestra

“The River & the Thread,” Rosanne Cash

Children’s Album
“I Am Malala: How One Girl Stood Up for Education and Changed the World (Malala Yousafzai),” Neela Vaswani