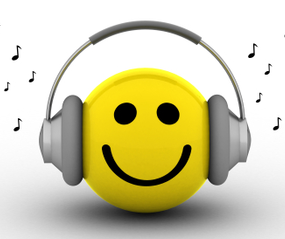 It’s hard to deny the connection between tunes that resonate with audiences and the impact those songs can have when it comes to advertising—especially with critically acclaimed music. But can that impact be measured?

To find out, a Nielsen analysis looked at the top ads featuring popular songs, which include this year’s Grammy-nominated “Happy” by Pharrell Williams and “Rather Be” by Clean Bandit, as well as previous year’s nominees like Kenny Roger’s classic country ditty, “The Gambler.”

The lineup makes a strong case that some songs have a stronger influence when it comes to certain consumer segments.

According to the analysis, half of the top 10 ads that resonated among the general population (aged 18-49) also resonated among Millennials (age 18-33). Beats by Dre was on both lists multiple times, likely aided by “the natural synergy between this particular brand and music. Brands such as Coca-Cola and Amazon also leveraged popular songs and ended up earning multiple top spots.

Peppy songs that focus on happiness were a common theme–“Make Someone Happy” by gravel-voiced legend Jimmy Durante, “Happy Place” by Oh, Hush! and Pharrell’s “Happy” all found spots on at least one of the lists. Among Millennials, hip hop songs like “Pay for It" by Jay Rock and “Slam” by Onyx also made the list, but they weren’t top ads among the general population. Meanwhile, more nostalgic, emotion-based songs like “I’m Coming Home” by Diddy and “Where everybody knows your name—the theme song to the classic TV show “Cheers”—were on the top 10 list for the general population, but not among Millennials.

“There are definitely some lessons to be learned by advertisers looking to invest in a popular song to connect with wider audiences,” says Randall Beard, President, North America, Nielsen. “Some musical genres perform better with younger or older consumers—like hip hop among Millennials. Uplifting, happy music resonates well across all consumers, which is important if advertisers are looking to connect with general audiences.
Posted 3:07:00 AM