CBS Radio Announces Return Of 'We Can Survive' Concert 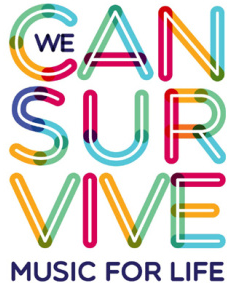 Presented by 5-hour Energy, the second annual We Can Survive concert at the famed Hollywood Bowl, celebrates the best in popular music from a cross-section of today’s chart-topping artists.

We Can Survive is among several events CBS Radio has produced in 2014 as part of its emerging special events platform that also included concerts headlined by the Red Hot Chili Peppers, Coldplay, Ed Sheeran and Brad Paisley.

For every ticket sold, $2 will benefit Living Beyond Breast Cancer and Young Survival Coalition, two organizations dedicated to supporting and educating women and families who have experienced breast cancer. Breast cancer is the most common cancer among women worldwide and the second-most common cancer overall. Once again, October is National Breast Cancer Awareness Month, designed to increase awareness of the disease.