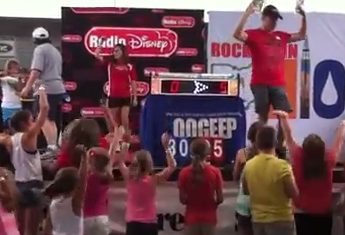 Radio Disney has withdrawn from an educational program with the Ohio Oil and Gas Energy Education Program, citing strong opposition from activists across Ohio and elsewhere, according to ohio.com.

“The sole intent of the collaboration between Radio Disney and the nonprofit Rocking in Ohio educational initiative was to foster kids’ interest in science and technology,” a Radio Disney spokesperson said in an email.

“Having been inadvertently drawn into a debate that has no connection with this goal, Radio Disney has decided to withdraw from the few remaining installments of the program,” the statement said.

Activists said Rocking in Ohio, a 60-minute interactive program presented in schools in eastern Ohio, was inappropriate in pushing shale drilling. A spokeswoman said they were pleased by the Radio Disney decision.

Rocking in Ohio supporters have said the program emphasizes science and technology, not drilling.

In a letter released Thursday, Columbus activist Teresa Mills of the Center for Health, Environment and Justice told Radio Disney that her supporters were “stunned and horrified” that it was aligned with the Granville-based Ohio Oil and Gas Energy Education Program.

It is unfair that Disney would partner with the oil industry to indoctrinate children with “a one-sided, factually unsupported” view of fracking, she wrote.