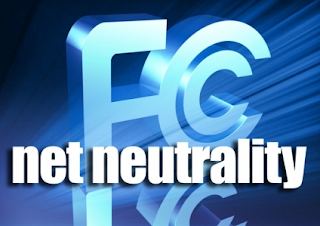 On Tuesday, a Washington appeals court ruled that the FCC's net neutrality rules are invalid in an 81-page document that included talk about cat videos on YouTube. According to PCWorld, the court says the FCC simply doesn't have the authority to force Internet Service Providers to act like mere dumb pipes, passing data through their tubes with a blind eye and sans preferential treatment.

Unlike phone companies, broadband providers aren't classified as "common carriers"—and therein lies the root of the appeal court's decision. From the ruling:


"Because the Commission has failed to establish that the anti-discrimination and anti-blocking rules do not impose per se common carrier obligations, we vacate those portions of the Open Internet Order."

Net neutrality advocates fear that without rules in place, big companies like Netflix, Disney, and ESPN could gain advantage over competitors by paying ISPs to provide preferential treatment to their company's data. For example, YouTube might pay extra so that its videos load faster than Hulu's on the ISP's network.

The ruling left part of the FCC's Open Internet Order intact, however—most notably the disclosure rules. Basically, if your ISP provides preferential treatment to certain data, it still has to tell you that it's doing so.