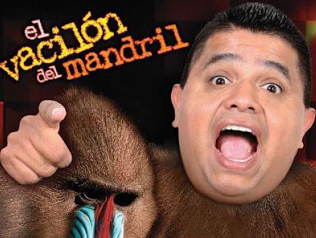 Ricardo "El Mandril" Sanchez, once considered the king of Spanish-language radio, is no longer employed by his longtime Los Angeles station KLAX-FM (97.9) La Raza, which is owned by the Spanish Broadcasting System, according to Billboard.

Sanchez has been off the airwaves for more than two months from his show "El Vacilon del Mandril" as he renegotiated his return to the station, but those talks fell through, according to someone familiar with the departure.

In recent months Sanchez kept reporting to work as part of his contract, which officially expired this week on Dec. 13, but his morning show was no longer being broadcast. The station features regional Mexican music. Sanchez, according to several SBS sources, was weighing his options as he negotiated a multi-million dollar deal. During the show's heyday it was simulcast in 24 stations across the country.

Published reports surfaced last year (See Original Posting, Click Here) that an investigation was launched by Nielsen due to allegations that members of Arbitron's audience were contacted by members of Sanchez's show in an effort drive ratings. However, a representative for Sanchez has publicly said that the investigation did not show any violations. (Nielsen acquired Arbitron in 2013).