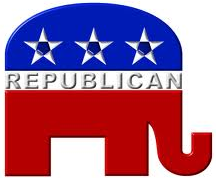 The Republican National Committee has voted to ban 2016 primary debates from CNN and NBC over the Hillary Clinton projects that are in the works at the two networks, according to THR.

"If CNN and NBC continue to move forward with this and other such programming, the Republican National Committee will neither partner with these networks in the 2016 presidential primary debates nor sanction any primary debates they sponsor," read the resolution, as provided to The Washington Post.

"There are forces out there that want to divide our party. But we’re not going to let them get in the way of our mission—whether they’re naysayers or news networks," said RNC chairman Reince Priebus in prepared remarks at a meeting session in Boston. "That’s why we said to the media, with a united voice, that a network that spends millions to spotlight Hillary Clinton is a network with an obvious bias. And that’s a network that won’t be hosting a single Republican primary debate."

"We’re done putting up with this nonsense. There are plenty of other outlets. We’ll still reach voters, maybe more voters. But CNN and NBC anchors will just have to watch on their competitors’ networks," read Priebus' remarks.