Infographic: What Happens Every Minute On The Internet? 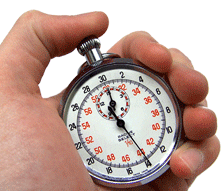 The internet: it’s kind of a big deal.

According to a posting by Shea Bennett at mediabristro.com, it’s where stuff happens. Lots of stuff. Too much to count, in fact. Even when you break it right down – like, for example, looking at what happens online each and every minute of the day – the numbers are staggering.

For example, did you know that every 60 seconds on the internet: