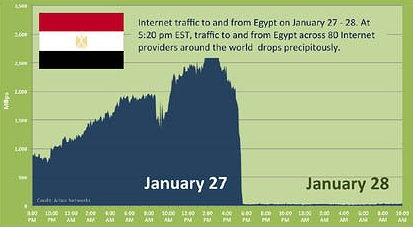 As Egypt's government attempts to crackdown on street protests by shutting down internet and mobile phone services, the US is preparing to reintroduce a bill that could be used to shut down the internet, according to a story by Ben Grubb and Asher Moses at theage.com.au.

The legislation, which would grant US President Barack Obama powers to seize control of and even shut down the internet, would soon be reintroduced to a senate committee, Wired.com reported.

It was initially introduced last year but expired with a new Congress.

Senator Susan Collins, a co-sponsor of the bill, said that unlike in Egypt, where the government was using its powers to quell dissent by shutting down the internet, it would not.

“My legislation would provide a mechanism for the government to work with the private sector in the event of a true cyber emergency,” Collins said in an emailed statement to Wired. “It would give our nation the best tools available to swiftly respond to a significant threat.”