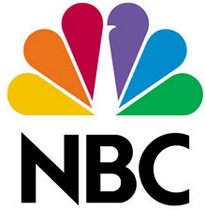 On the eve of taking control of NBC Universal, Comcast Corp. executives on Thursday hosted a company-wide meeting with employees to introduce themselves and spell out their priorities, including fixing NBC's prime-time hours, according to Sam Schechner at wsj.com.

Steve Burke, who is set become chief executive of NBC Universal, used the event to set a new tone for the company, introducing a new corporate logo. At the meeting—with live segments beamed from New York, Los Angeles, London, Miami and Philadelphia—Mr. Burke also discussed a new corporate "credo" that reads, in part, "We like to keep score and win."

Comcast is set to close its deal to buy control of NBC Universal from General Electric Co. late Friday. In that deal, approved last week by regulators, Comcast is merging its suite of cable networks with NBC Universal's assets, and will take a 51% stake in the new entity. In the deal, Comcast is contributing cash and assets worth roughly $13.75 billion.

Employees were greeted in their offices Thursday by signs and cupcakes bearing the new logo, and a welcome package that included a thick book detailing the histories of Comcast, NBC and the Universal studio. They also were given certificates for 25 shares of Comcast stock, about a $575 value.  (NYpost.com also notes each employee received a family pass to a Universal theme park of choice.)

NBC's colorful iconic peacock will remain a fixture in the logos for NBC, MSNBC and CNBC.