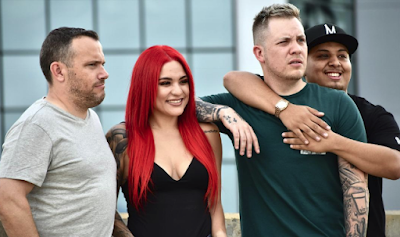 George Laughlin, CEO, YEA Networks, said: “The growth of Tino Cochino Radio in our first year of syndicating the show has been amazing, and listeners across the country are responding to the program in a big way. After just a few weeks on KLIF Hot 93.3 in Dallas, TX, Cumulus is already seeing a nice jump in the ratings. That really speaks to the power of Tino!”

Tino Cochino, Host of Tino Cochino Radio, said: “What a way to kick off the year!!! I’m extremely excited about our Abilene and Las Cruces additions. I’m beyond confident that our personality-driven product will connect with both markets and create engaging radio for all to enjoy.”

Born and raised in Lubbock, Texas, Tino Cochino broke into radio at the age of 13 as an intern. At age 16, he was given his first full-time on-air shift and worked his way to the #1 night show in his hometown. Nearing his 21st birthday, Tino took his show to San Antonio, TX, building a buzz that took him to Bakersfield, CA, and finally, to Power 98.3/KKFR-FM in Phoenix, AZ, where he now hosts Tino Cochino Radio weekday mornings from 6:00am-10:00am. Tino also has produced television content for CW.

For more information about Tino Cochino Radio, contact Scott Kerr, Director, Affiliate Sales and Content, YEA Networks, at: scott@yeanetworks.com or at 843.270.2836.
Posted 1:48:00 AM