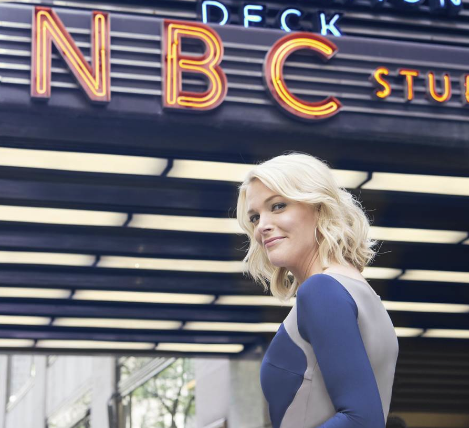 Megyn Kelly enjoyed a steady career at Fox News for 13 years, but she lasted a little over 18 months at competitor NBC.

The controversial journalist formally – and finally – parted ways with NBC News on Friday night, nearly three months after she stirred controversy by defending the use of blackface in Halloween costumes on her Oct. 23 show.

"The parties have resolved their differences, and Megyn Kelly is no longer an employee of NBC," the network told USAToday in a statement.

Financial terms were not disclosed, but according to CNN, NBC bowed to the terms of her contract and will pay Kelly the remaining sum of money, believed to total about $30 million.

She will, however, be subject to an industry standard non-disparagement clause, limiting what she can say about her time at NBC and her interactions with the network executives.

She is not believed to have a non-compete clause.

Kelly, 48, has been missing in action for 11 weeks since the tearful, on-air apology she made following her on-air gaffe. Kelly apologized for saying that blackface was "OK when I was a kid as long as you were dressing like a character.” She had also defended a “Real Housewives” star who was slammed for donning blackface for a Diana Ross costume. "I was wrong and I'm sorry," said Kelly.

But her apology wasn’t enough to keep “Megyn Kelly Today” afloat. After two days of reruns, NBC canceled her 9 a.m. hour of the “Today” show on Oct. 23. The following Monday, her former colleagues stepped in to replace her.

Kelly’s next move is up in the air. The lawyer and mother of three has been on the air in one capacity or another since 2003. “You’ll definitely see me back on (television),” Kelly told TMZ just this week when caught on the street in New York City.
Posted 4:13:00 AM