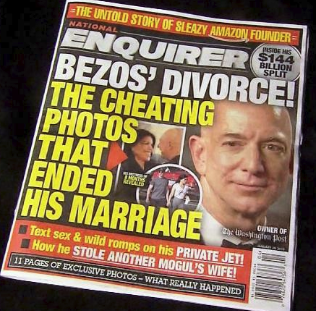 Amazon honcho Jeff Bezos stands to lose millions of shares of company stock during his pending divorce, according to a Business Insider report.

The company founder—who recently announced he was parting ways with his wife MacKenzie Bezos after 25 years—owns about 16 percent of Amazon's shares. Under Washington state law, BI notes, MacKenzie could be eligible to collect half of those shares, which make up a sizable chunk of the couples' estimated net worth of $137 billion.

It's unclear how those revelations will affect the divorce proceedings, and TMZ reports the couple did not have a prenup. But this much is clear: By year's end, Jeff Bezos will likely be only slightly richer than the Romanoffs, according to Brian Raferty at Wired.com.
Posted 4:06:00 AM