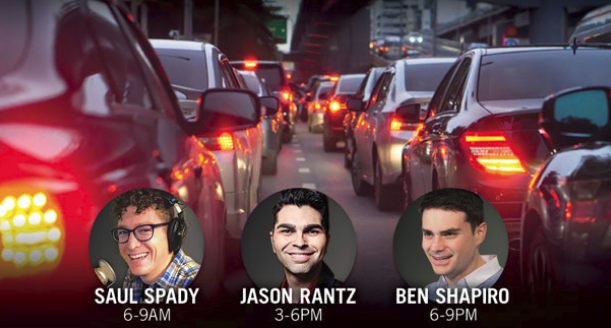 KTTH 770 AM Seattle has announced a revamped lineup for their “conservative commute” format:
“The ‘Conservative Commute’ has never been more fresh and dynamic,” VP/Market Manager for Bonneville Seattle Media Group, Dave Pridemore, explained. “Between Rantz, Medved and the addition of Spady, we’re positioned to continue to be the region’s most dominant and local conservative station.”

Spady is very active in local politics, most recently leading a successful grassroots effort to repeal Seattle’s Amazon head tax. An accomplished small businessman and lifelong Washingtonian, Spady’s family is very well known to the region, his grandfather the founder of the iconic Dick’s Drive-In. He is passionate about helping people tell their stories and establish a millennial voice in Washington state.

“I’m excited for this opportunity to create a new type of conservative talk radio show in mornings that gives a 21st century perspective both locally and nationally,” said Spady. “I hope to connect with listeners both new & old, transplant & local alike in our quest to create a rational opposition to the rudderless leadership we have in Seattle & Olympia.”

Rantz now leads afternoon drive, after handling morning drive for over a year. Rantz is a forceful, respected local voice in the conservative movement, understanding the pulse of the local political scene, frequently breaking exclusive news stories. Rantz has appeared on FOX News, NBC Nightly News, KIRO, KING and KOMO television, and in The Seattle Times. His blog has become the most-viewed on MyNorthwest.com.

“I’m excited to take over afternoon drive and continue tackling the stories that impact everyone’s daily lives,” Rantz said. “From homelessness and the opioid epidemic, to the war on cars and demonization of cops, there are a lot of issues we need to shine a light on or champion, and I look forward to continuing the conversations in the afternoon.”

Shapiro got his solo start with KTTH in 2014 and has since launched into syndication with Westwood One. Shapiro wraps the KTTH “conservative commute” with biting, thoughtful analysis on national political and cultural news. Shapiro is the Editor in Chief of the Daily Wire, a best-selling author, and frequent guest on FOX News.

“I’m incredibly excited to be returning to three hours a day in Seattle,” Shapiro said. “Having hosted on KTTH a few years back, I’m pumped to be coming back — and I can’t wait to talk with the terrific Seattle audience every day.”

Between Spady and Rantz, AM 770 KTTH broadcasts the Rush Limbaugh Show and Michael Medved Show. Mark Levin, Tom Shillue, and America’s 1st News with Matt Ray round out the lineup. Todd Herman, previously heard in afternoons, departed KTTH for Bonneville-owned KIRO-FM/Seattle.
Posted 4:20:00 AM