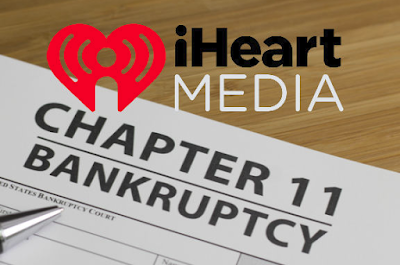 UPDATED 10:15 AM:  A U-S Federal Bankruptcy judge in the South District of Texas is expected to green light iHeartMedia's reorganization plan later this week.  The company filed a 97-page 'confirmation order' for his consideration on Monday, according to Radio Ink.

The approval of Houston-based judge Marvin Isgur would mean iHM could soon emerge from Chatper 11 bankruptcy protection, filed last April.  The approved plan would wipe about $10B off the iHM books giving the company a clean slate.

As first reported by Radio Ink, the plan has been many rewritten and challenged over the last seven months.

iHM is coming off a strong November, with net income in the month of $104.2 million — its highest month since monthly operating reports were submitted to Isgur’s court in April 2018. Revenue was $343.7 million, slightly lower than that seen in October 2018.

Also, iHM would have to  resolve any and all obligations it has with SAG-AFTRA, including any arbitral awards entered in any grievance filed and also have waive all of its rights to nix any contractual agreements with the Denver Broncos and will assume all of its contractual deals with the team, a move designed to remedy any outstanding payments owed to the franchise.

And, any outstanding payments to Broadcast Music, Inc. (BMI) and SONY Music Entertainment would also have to be made by iHM.

A pre-scheduled hearing is set for this Thursday to consider all confirmation issues.
Posted 8:55:00 AM