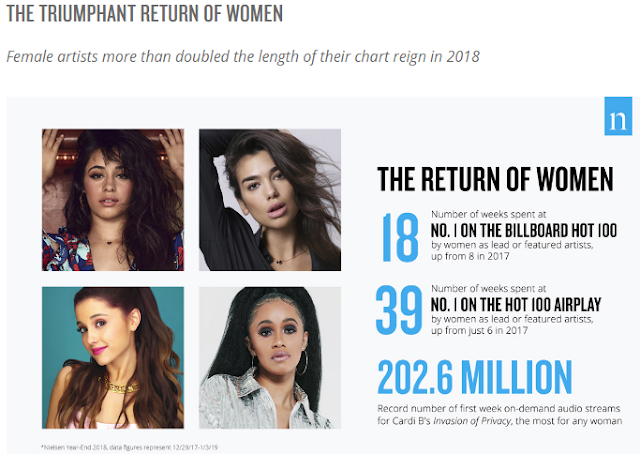 After a relatively quiet 2017 on the charts, Nielsen 2018 Music Year-End notes female artists made a big splash in 2018 thanks to No. 1 hits and wildly popular singles/albums from Cardi B, Camila Cabello and Ariana Grande. Women have ruled the Billboard Hot 100 as lead or featured artists for 18 weeks in 2018, up from eight weeks in 2017.

According to Nielsen, the music industry experienced significant overall growth in 2018, with total album equivalent audio consumption up 23% over 2017, driven by a 49% increase in on-demand audio song streams compared to last year. 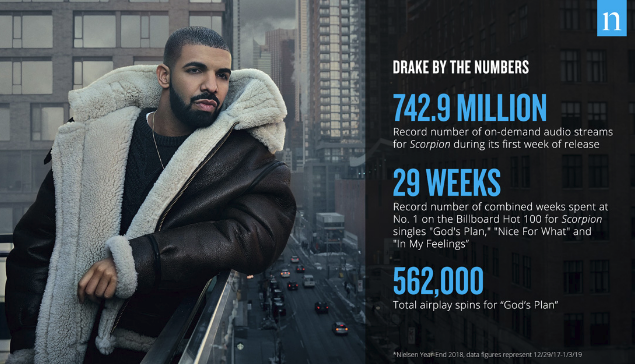