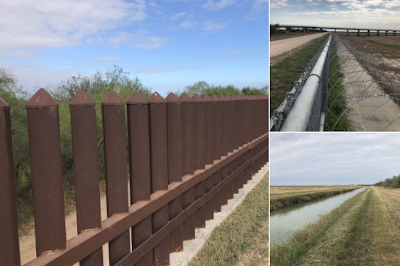 CNN Chief White House correspondent Jim Acosta was mocked on social media after his report from a steel wall from the border "didn't show anything resembling a national emergency" in the area of the border that the president will be visiting Thursday in McAllen, Texas.


I found some steel slats down on the border. But I don’t see anything resembling a national emergency situation.. at least not in the McAllen TX area of the border where Trump will be today. pic.twitter.com/KRoLdszLUu
— Jim Acosta (@Acosta) January 10, 2019


According to The Hill, Republican lawmakers and media members, including President Trump, House Minority Whip Steve Scalise (R-La.) and former CNN political analyst Peter Hamby took to Twitter to suggest Acosta was unknowingly making the president's argument for funding from Congress to build a steel wall in order to stop what he calls a "humanitarian crisis" at the border. 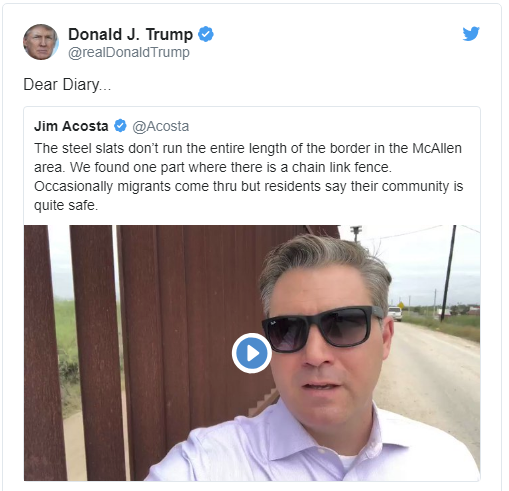