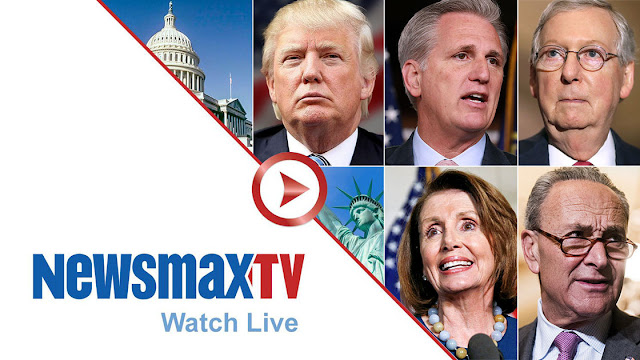 Newsmax TV surpassed both Fox Business and CNBC in daytime ratings the day after Election Day.

Nielsen reported Wednesday that Newsmax drew 287,000 average viewers per minute in the key daypart 9am to 4pm, outpacing CNBC with 285,000 viewers and Fox Business with 281,000.

The Nielsen rating only tells part of the story. OTT viewership on platforms like YouTube added an additional 100,000 per minute live viewers tuned into Newsmax TV on Wednesday.

"We're in less cable homes, our channel position is usually not as good as competitors, and our brand is less known, yet we're beating these guys," Chris Ruddy, CEO of Newsmax TV said. "We have a better mousetrap and viewers are flocking to us."

"Our trajectory is like a rocket right now," Ruddy said.

On Election Night, Nielsen reported Newsmax TV's coverage was watched by 3 million viewers, with as many as 600,000 viewers per minute.