The Rundown: WHO Warns Of Early Reopening 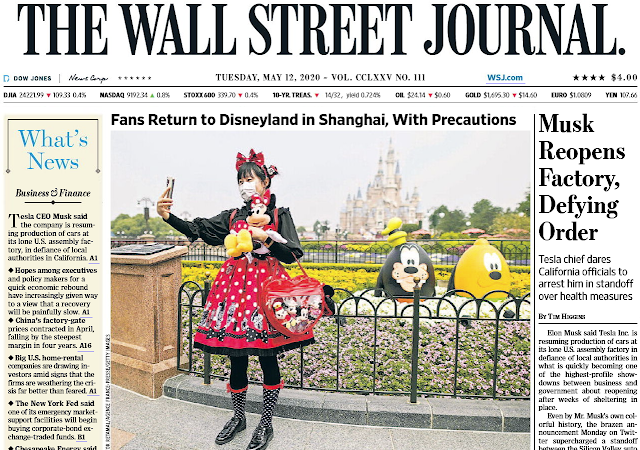 As a growing number of countries have begun to slowly reopen after their coronavirus shutdowns, as well as many U.S. states, a top world health official is warning against doing so without a robust system of testing and tracing of infected people's contacts, with the goal of detecting and stopping virus clusters before they get out of control. World Health Organization emergencies chief Dr. Michael Ryan said some reopening around the world is taking place without such a system, comparing is to, quote, "shutting your eyes and trying to drive through this blind." Some states in the U.S. have begun to hire and train contact tracers. As states are moving to reopen, the U.S. death toll had passed 80,000 as of last night, according to the Johns Hopkins University count.

President Trump declared in a Rose Garden press conference Monday that his administration has, quote, "met the moment" and "prevailed" on coronavirus testing, even as governors continue to ask the federal government to do more to increase the supply of tests. Trump said, as he has before, that everyone who wants a test can get one. AP cited officials as clarifying later that, quote, "everybody who needs a test can get a test." Meanwhile, a directive yesterday ordered both staff and visitors to the West Wing of the White House to wear masks, after two aides tested positive last week.

New York Governor Andrew Cuomo said Monday that parts of the state, which was hit hardest in the U.S. by the coronavirus, are ready to begin to reopen when his stay-at-home order expires on Friday, saying, "We are . . . on the other side of the mountain." The state has been broken down into 10 regions, and in order for a region to reopen, it will have to meet seven thresholds related to infection rate and hospital capacity. Three upstate regions already have met them. Under a phased reopening, they can begin limited construction, manufacturing and curbside retail. For New York City, the epicenter of the outbreak in the state, Mayor Bill de Blasio said restrictions likely won't ease until June, if progress on similar indicators continues. 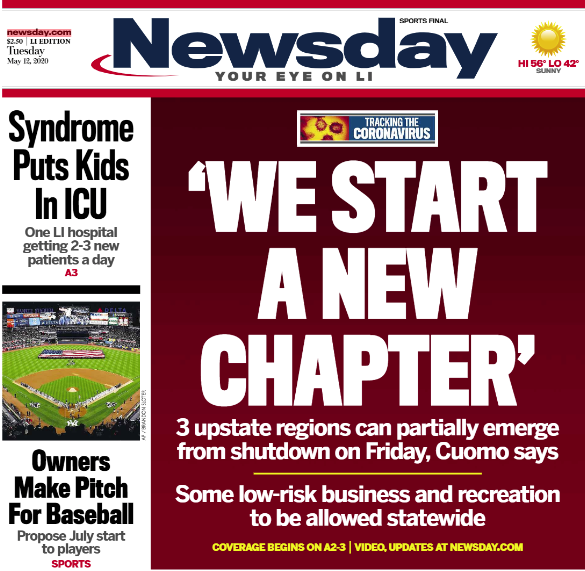 ‘If anyone is arrested, I ask that it only be me,’ CEO Elon Musk tweeted as Tesla resumes production at its factory in California in defiance of a county order https://t.co/zDVJOeew1r pic.twitter.com/Bb3kr7wOCK
— Reuters (@Reuters) May 12, 2020 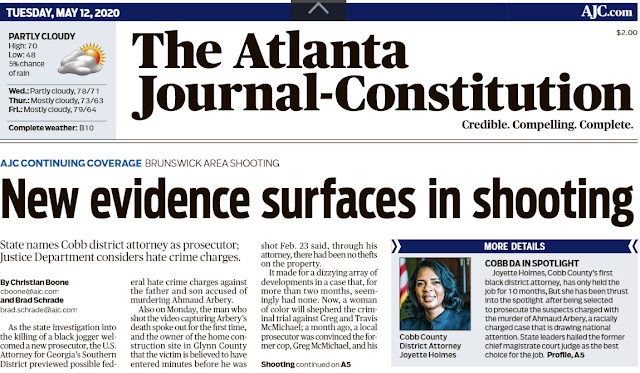 ➤BLACK DA FROM ATLANTA AREA APPOINTED TO ARBERY CASE: Georgia Attorney General Chris Carr appointed a black district attorney from the Atlanta area Monday to take over the Ahmaud Arbery case. Arbery, a 25-year-old black man, was shot and killed in February after a white father and son grabbed weapons and followed him in a truck as he was running through their neighborhood outside Brunswick. They told police they did so because they believed he matched the appearance of a burglary suspect. Gregory McMichael and his son Travis McMichael, who are facing murder charges, weren't arrested until last week, after cellphone video surfaced that showed Arbery's fatal shooting. Cobb County District Attorney Joyette Holmes is taking over the case from prosecutor Tom Durden, who Carr said asked to be replaced by a prosecutor with a larger staff. Federal prosecutors are also considering hate crimes charges.


An autopsy report released yesterday by the Georgia Bureau of Investigation showed two shotgun blasts hit Arbery in the chest and another shot grazed his wrist. Blood tests for drugs and alcohol came back negative.

➤TWITTER TO ALERT USERS ABOUT DISPUTED, MISLEADING CORONAVIRUS TWEETS: Twitter said Monday (May 11th) that it will start alerting users about tweets that make disputed or misleading claims about the coronavirus. Facebook and YouTube owner Google have put similar policies in place because of misinformation related to the virus that has been proliferating on the platforms. Twitter will decide which tweets are labeled, and will only take down posts if they're harmful. Politicians tweets will also be subject to the labeling. The kind of labeling could include directing users to a link with more information about the coronavirus, over covering a tweet entirely with a warning saying it conflicts with guidance from public health experts.

➤WEDNESDAY DEADLINE TO GIVE DIRECT DEPOSIT INFO FOR CORONAVIRUS PAYMENT: The Treasury Department and IRS said Monday (May 11th) that taxpayers have until Wednesday to provide their bank account information if they want their one-time coronavirus economic impact payment to go to them by direct deposit. The "Get My Payment" tool should be used on the IRS website by noon on Wednesday to provide the information. After that, the process will begin of sending paper checks for people who didn't have their payment direct deposited. About 130 million payments have been sent out in the first four weeks of the program. Any citizen who makes up to $75,000 gets $1,200 and married couples who make up to $150,000 get $2,400. The amount steadily decreases for those who make more, and phases out for those who make more than $99,000 or couples who make more than $198,000. There is also $500 given for each eligible child. 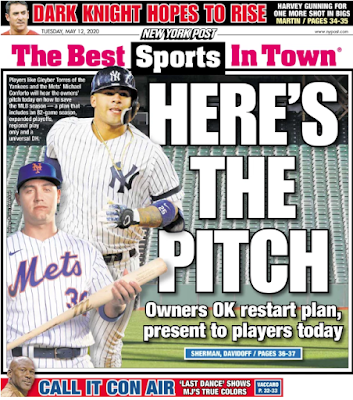 ➤MLB OWNERS REPORTEDLY APPROVE PLAN THAT WOULD START SEASON IN JULY: Major League Baseball owners have approved a plan that would start the delayed season in early July, according to media reports. Each team would play 82 regular season games in regional matchups with no fans in the stands, at least initially. Teams would play at their ballparks, but would use their spring training stadiums or neutral sites if they can't get medical or government approval. The postseason would expand from 10 clubs to 14 by doubling the wild cards, and the designated hitter would be used in the National League for the season. The plan will be presented to the players' union today, and a proposal for a players to get a percentage of their 2020 salaries based on a revenue split is expected to be a major stumbling block to getting their approval.
Posted 4:34:00 AM