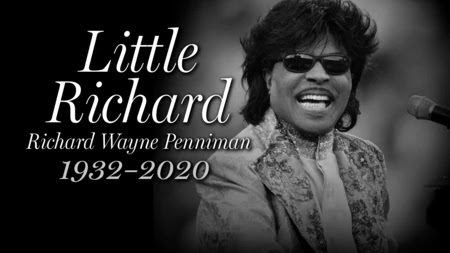 The music of Little Richard, who died on Saturday at the age of 87, was one of the genuine architects of not only rock and roll but R&B, soul, hip-hop and other genres as well.

Few artists can truly be said to have directly inspired the Beatles, James Brown, the Rolling Stones, Prince and countless others; his songs, sound and often underrated singing are such a DNA-level foundation of modern music that many recent generations of superstars probably aren’t even aware that the flourishes in their singing styles or the samples in their songs originated with him.

Variety reports even Bob Dylan — whose music bears few obvious traces of Richard’s sound — wrote in his high school yearbook that his goal was to “join Little Richard.”

That profound influence is reflected in the many artists paying tribute to the legendary musician on Saturday:

God bless little Richard one of my all-time musical heroes. Peace and love to all his family. 😎✌️🌟❤️🎵🎶💕☮️ pic.twitter.com/H2lzKbX3tm
— #RingoStarr (@ringostarrmusic) May 9, 2020

I’m very sorry to hear about Little Richard. He was there at the beginning and showed us all how to rock and roll. He was a such a great talent and will be missed. Little Richard’s music will last forever.
Love & Mercy, Brian pic.twitter.com/kcak6Rf4Re
— Brian Wilson (@BrianWilsonLive) May 9, 2020

In 1990 when I wrote the Young Guns record, I had the chance to ask some of my heroes to record with me - Elton John, Jeff Beck, and an all star cast came together to have fun and just make music.

One day, Danny Kortchmar, the famed producer said “who else do you know?” pic.twitter.com/BIUuW1MBnU
— Jon Bon Jovi (@jonbonjovi) May 9, 2020

LITTLE RICHARD Is A Cornerstone In The Very Foundation Of Rock & Roll. An Icon. A Songwriter And Performer With A Personality To Match. RIP Superstar. pic.twitter.com/Sdl6Yh59ex
— Paul Stanley (@PaulStanleyLive) May 9, 2020

I was once asked, “If u could meet one person, who would it be?” I always said Little Richard. Because, to me, he was rock & roll’s most joyous, rebellious innovator.
Thank u for planting that seed, Richard. The world is a much happier place thanks to ur music.#RIPLittleRichard pic.twitter.com/kiq2VOZs8O
— Foo Fighters (@foofighters) May 9, 2020

So sad to hear the news about Little Richard. He was a real pioneer & one of the greatest voices in Rock n Roll. I remember when they asked me if I was ok w/ Richard singing Shakedown on the Academy Awards since I wasn't available - are u kidding? I was thrilled & he killed it! pic.twitter.com/nfyFnnacsC
— Bob Seger (@BobSeger) May 9, 2020

Little Richard was one of the original rock 'n' rollers-- He was THE ORIGINAL GLAM ROCKER, and he took a lot of abuse for being in the first wave. He forged a path for all of us who followed. pic.twitter.com/LKTxaPa2S2
— Joan Jett (@joanjett) May 9, 2020

Inductee Little Richard ripped-up the 50s. His unrestrained musicality & charismatic persona created a rock & roll blueprint followed by generations. His sound & style were the cornerstones of rock & roll, & his outrageousness and rebellious spirit challenged the world to change. pic.twitter.com/vegM9W1EEA
— Rock Hall (@rockhall) May 9, 2020

Without a doubt - musically, vocally and visually - he was my biggest influence. Seeing him live in my teens was the most exciting event in my life at that point. Goosebumps, electricity and joy came from every pore. pic.twitter.com/Enno1mgfTO
— Elton John (@eltonofficial) May 9, 2020

From 'Tutti Frutti' to 'Long Tall Sally' to 'Good Golly, Miss Molly' to 'Lucille', Little Richard came screaming into my life when I was a teenager. I owe a lot of what I do to Little Richard and his style; and he knew it. He would say, 'I taught Paul everything he knows'. pic.twitter.com/96bOzphhs8
— Paul McCartney (@PaulMcCartney) May 10, 2020