Martin Grebb, a multi-instrumentalist who specialized in saxophone, keyboards and guitar, rose to national fame playing with Chicago pop band The Buckinghams from 1966 to 1968. 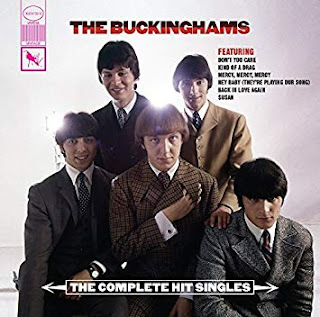 But his musical contributions went far beyond that: He played in the early '80s with former The Exceptions bandmate Peter Cetera in the rock band Chicago and performed for 25 years with Bonnie Raitt. In addition, he shared the stage over the years with a who's who of musical greats including Leon Russell, The Band, Elton John, Eric Clapton, BB King, Willie Nelson, John Lennon and many others.

Grebb was 74, reports The Daily Herald.

Ron Onesti, president and CEO of Onesti Entertainment, hosted one of many benefit concerts in recent years to help Grebb, who had been suffering with cancer.

"Marty Grebb was truly an unsung hero in the musical world, especially that which came out of Chicago," Onesti said. "So many people who came to the Arcada, whether a customer or an entertainer, knew Marty, respected him and loved him. And I don't think he knew how much."

The 2015 fundraiser, organized by Onesti and former Buckinghams bandmate Dennis Tufano, featured a performance by Grebb, as well as The Ides of March, New Colony Six and The Shadows of Knight.

"Grebb was a true mastermind of the keyboard and songwriter, and the reach of his contributions to the music world was not as prevalently known as it should have been," Onesti said. "He was a good guy who loved to play. It's all of our loss."
Posted 1:04:00 AM