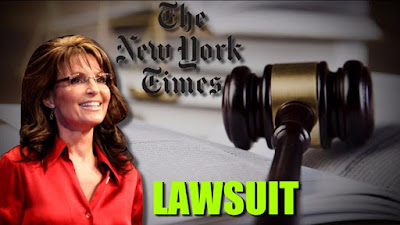 Sarah Palin said in an amended defamation lawsuit against the New York Times on Monday that the deep-seated “animosity and ill-will” of the newspaper’s editorial page editor toward her motivated him to falsely link her to a mass shooting, reports Reuters.

Palin, the 2008 Republican vice presidential candidate and former Alaska governor, made her claim against the editor, James Bennet, nearly five months after the federal appeals court in Manhattan revived her lawsuit, saying it had been wrongly dismissed by the trial judge.

“Gov. Palin brings this action because Mr. Bennet and The Times did not live up to the primary responsibility attendant to the extraordinary power of the press: tell the truth,” the complaint said.

A spokeswoman for the Times declined to comment. Palin is seeking damages “far in excess” of $75,000.

The lawsuit arose from a June 14, 2017 editorial that Palin said wrongly linked her to the January 2011 mass shooting where six people died and Arizona congresswoman Gabrielle Giffords was seriously wounded.

That editorial said Palin’s political action committee had circulated a map that put Giffords and 19 other Democrats under “stylized crosshairs” before the congresswoman was shot.

The Times later corrected the editorial, saying there was no link between “political rhetoric” and the Giffords shooting.

Bennet has said he had not intended to blame Palin for the Giffords shooting, but was simply making a point about the political environment.
Posted 1:22:00 AM