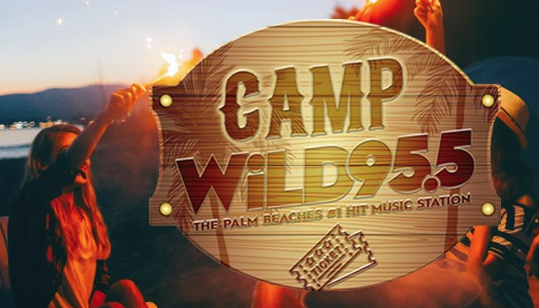 As Creative Services Direct, Hanson will shape and deliver station imaging, and promotional, digital, and social content. He will report to Rad Messick, Senior Vice President of Programming for iHeartMedia West Palm Beach.

Hanson joins the South Florida Region and West Palm Beach from WFLC Miami, where he most recently served as Assistant Director of Branding and Programming and Music Director. He also served as Music Director for WFEZ Miami and WPYM Miami, and Music Director/Morning Host for WHDR Miami. He began his career at WKTU New York and is a graduate of Florida Atlantic University.

“I am extremely excited for the opportunity to make the move just an hour north, from Miami to West Palm Beach, to grab the creative reins and join such a supportive and innovative team at iHeartMedia WPB! It is an honor to wave the flag of the legendary WiLD 95.5 – The Palm Beaches’ #1 HIT Music Station!” Hanson commented.

In an separate announcement, Carmine Gialanella has been named 2-7pm host for WiLD 95.5 West Palm Beach. Carmine continues in the South Florida Region and West Palm Beach, where he most recently served as WLDI West Palm Beach 7pm-midnight host. He began his career at WLDI as an intern and later promotion assistant in 2010.

"From the first moment I cracked the mic I knew this was it, my life would never be the same. To be in the position I've dreamed of in the place it all started is surreal. Excited for the opportunity and next chapter of my radio life" said Gialanella.
Posted 9:54:00 AM