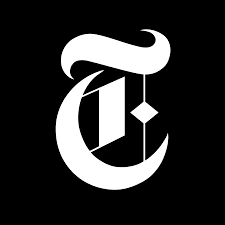 It would appear executive compensation is a similar story to the NYTimes' print advertising revenues, which is to say it is declining -- though perhaps not as drastically as a few years earlier.

Chief executive officer and president Mark Thompson took a 43.1 percent cut in total compensation last year to $4.9 million from $8.7 million in 2015. But, according to a filing with the Securities and Exchange Commission, his 2016 pay was still higher than his total compensation in 2014, which amounted to $4.5 million. (His 2015 compensation was inflated by a special-equity grant, the filing said.)

Digging into last year’s numbers, Thompson’s salary remained constant at $1 million, but his stock awards took the brunt of the hit, diving 60 percent to $2 million from $2.6 million in 2015.

Meanwhile, according to wnd.com, executive vice president and chief revenue officer Meredith Kopit Levien got a salary boost of 6 percent to $612,346, but her total compensation shrank 5.9 percent to $1.7 million, due to a 9.2 percent decline in stock awards to $524,179 and a 16.7 percent dip in non-equity incentive plan pay to $472,069.